We proved König’s theorem and results of Hausdorff and Tarski on cardinal exponentiation, indicated some of their consequences (for example,

), and showed how to compute under

We stated Easton’s result essentially saying that without additional assumptions, in

nothing can be said about the exponential function

beyond monotonicity and König’s theorem.

For singular cardinals the situation is much more delicate. We stated as a sample result Shelah’s theorem that if

is strong limit, then

is regular and smaller than

This result is beyond the scope of this course. Instead, we will prove a particular case of an earlier result of Silver, namely, that

is not the first counterexample to

In order to prove Silver’s result, we need to develop the theory of club and stationary sets. We defined these notions and proved some of their basic properties.

in the right hand side must be

Hint for exercise 5: Consider the smallest

Update. Here is a quick sketch of the solutions: 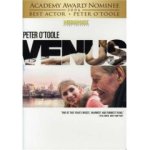 Peter O’Toole is old, and here he plays an old man. Seriously, that is all he does throughout the movie: Look very old. People nominated him for an Oscar based on that. Very disappointing.

At least, it is not O’Toole’s last role. The movie is well written, and all the actors are very good, which stops it from being a complete failure. The story, on the other hand, did not seem believable to me in the least, and was far from being engaging.

This movie is a very nice adaptation of  W. Somerset Maugham’s novel. It only ran in Pasadena at the second-run theatre; apparently it only had a limited release in the States.

I’ve seen recently a few movies or theatre plays based on Maugham’s works, and they have all been satisfying. This one is primarily a love story, which surprised me a little at first. The acting is impecable, of course. I imagine even The incredible Hulk might be near tolerable thanks to Edward Norton. The cinematography was gorgeous. The exteriors alone justify watching this film.

The best western I have seen in recent years is the extremely violent Australian movie The proposition. What made that movie interesting in my mind was the air of freshness that the new surroundings provide to the genre. Seraphim falls starts promising, and for a while I expected it was going to end up as satisfying an experience as watching The proposition was. It did not.

This movie ends in absurdity, which more and more looks like what Hollywood confuses with depth. The problem is that a metaphorical ending in a story of this sort feels like a cop out. For more than an hour and a half the movie has established the storytelling framework in which it occurs, and the end destroy this. More skillfully executed, it would have been an interesting post-modern take on the western genre. The way it is, you feel an unfulfilled promise and disappointment. It reminds me a bit of the end of 3:10 to Yuma, where suddenly the characters stop being characters and decide to serve as moralizing stand ins for… I don’t know… the scriptwriter?

That being said, the first hour and forty minutes or so is a very good western, it is well acted and very nicely shot.

I decided a while ago to get a good working understanding of noir fiction, which among other things means to read the classics. The lady in the lake was entertaining. This one… well, this one was not good.

The end was ridiculously, portentously, absurd. It would have made a cute joke in an early Woody Allen movie, I think. The one liners get old rather quickly, although I suppose they may have been a bit of a novelty back when. It is funny how the over the top language that is used throughout Sin City ended up not being a caricature but rather very close to what we have here.

All the dames fall for Mike Hammer, the hero of Mickey Spillane’s novels. They fall just because that’s how it is, which makes the tale rather silly, a not particularly clever wish fulfillment adolescent fantasy of sorts. And the writing is quite pedestrian.

There is more violence than in other noir stories I had read. I now believe the explicit violence, nothing too unusual by today’s standards, was actually a selling point for Spillane’s pulps. There is also a lot of anger; Mike is so angry all the time that you fear he’ll end up hospitalized with a serious ulcer. He does not. It would have been a better ending.

In any case, it was entertaining for what it was, but clearly Raymond Chandler is much better writer than Mickey Spillane.

The memory I had of this movie is much better than what it turned out to be. I remember I went to see this movie when it came out, and it seemed decent. I guess I was younger and foolish, because this was just ridiculous; I think it fails in that it is hard to take it seriously. But, of course, maybe it is intended to be a comedy, in which case it fails because it is not particularly funny.

Anyway, it has Christopher Walken in it, so at least it makes you smile every now and then.

A kind of library
Create a free website or blog at WordPress.com.