Comparability of cardinals from Zorn’s lemma

If for some (foolhardy) reason (say, one is teaching an analysis or algebra course) one is interested in the result, but wants to avoid discussing the theory or well-orders, it seems desirable to have a proof based directly on Zorn’s lemma.

A few weeks ago, Sam Coskey and I found ourselves discussing such a proof. It turns out the argument, though not as well-known as may be expected, dates back at least to Chaim Samuel Hönig, and his short note Proof of the well-ordering of cardinal numbers, Proc. Amer. Math. Soc., 5, (1954), 312. MR0060558 (15,690a). It goes as follows: Let the sets

be given. Consider the collection of all partial injections

is partial means that there is a

. Order this collection by extension:

. This poset satisfies the conditions of Zorn’s lemma, so it admits maximal elements. One easily verifies that, if

is the domain of

is its range. In either case, this gives us an injection from one of the sets into the other.

A natural extension of the idea allows us to recover that the class of cardinals is not just linearly ordered, but in fact well-ordered, but an additional use of the axiom of choice is needed now (namely, in the form: The product of non-empty sets is non-empty). Suppose first that

is a set. We argue that one of the members of

injects into all others. The proof is essentially the same as before: Let

, and consider the family of all sequences

such that for some

is injective. This is a partial order under coordinatewise inclusion. Again, Zorn’s lemma applies, so there is a maximal element

the common domain of all the

, we are done. Else (and this is where the additional use of choice comes in), for some

: Otherwise, we can pick

such that, for all

contradicts the maximality of

is onto, we see that

injects into all sets in

be the collection of subsets of

equipotent to sets in

is a set, the previous analysis applies, and we can find a

that injects into all members of

actually injects into all members of

. Otherwise, there is a

does not inject into. But then

. But this means that 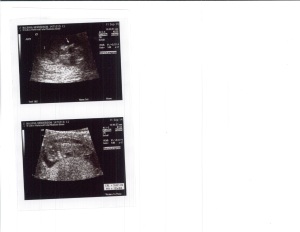 This set is due in two weeks, on Friday September 26, at the beginning of lecture.

1. Recall that in the construction of the reals via Dedekind cuts, a real is simply the left set of a pair

in a cut of

that is non-empty, bounded above, closed to the left (meaning, if

has no maximum. We also have a copy

, given by the identification

. We left a few details to be verified when we presented this construction.

be a real (in the sense just described). Define carefully the real

is the only real with this property.

, and verify that the distributive property holds.

is Dedekind-complete, that is, any cut of

is realized. (S0, ignoring the formal difference between

, and this gives us that it is also the Dedekind completion of itself. )

2. More generally, define the Dedekind completion of a dense order, and verify its existence and uniqueness (up to isomorphism). In particular, the field

of  rational functions admits a completion, call it

. Can we extend the addition operation on

so it is defined in all of

and makes it into an abelian group? Can we extend the order so

is in fact an ordered group? What, if any, is the problem trying to extend multiplication?

is a Cauchy sequence.

Verify that this is indeed an equivalence relation, and that, given equivalent sequences

4. Recall the construction of the reals described in Street’s paper An efficient construction of real numbers. His short note makes many claims that are not proved there. Provide as many of the missing details as possible.

5. Given a linear order

, in the order topology the open sets are (by definition) those subsets of

that are union of (bounded or unbounded) open intervals in

. Show that a linear order

is order isomorphic to